?> What Balls do Professional Golfers Use on Tour

What Balls do Professional Golfers Use on Tour

Ever wondered what balls the pros are hitting on the tour every week?

Click here to see our analysis of the OWGR Top 100 and the golf balls they play ..... 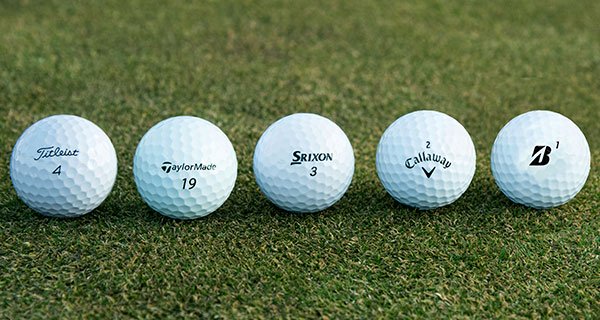 Men's Top Golfers - What balls are they hitting!

Dustin is near the top of the world rankings and will be looking to add more majors to his collection next season. He's currently playing with the TP5x from TaylorMade - along with a number of other top 100 players. If you're looking for these then be warned, they aren't the lowest price options, so while they are very good balls, they probably are not the best balls to play if you lose a few when you're playing! (Hint - check out our best value golf ball reviews here)

TaylorMade allows their professional golfers to select their ball number and colors. Dustin is currently hitting a number 1 in reference to him being a former number 1 in the world and because he "always wants to one putt."

Other players hitting a TaylorMade ball include Rory McIlroy, Jason Day and John Rahm although they prefer the TP5 version of the golf ball.

The TP5 series are all excellent balls packed with years of experience and technology from TaylorMade.

Online reviews from amateur golfers are generally positive with some reporting that they're hitting the ball further than ever and would never go back to another ball.

See the full line of TP5 options (and more) available from Amazon. You too can be hitting these balls next time you play!

These balls come with some snazzy tech like "spherically-tiled 328 tetrahedral dimple design". Which basically means it has 328 dimples all perfectly positioned from the center (we've not counted to check!). The Pro V1 and Pro V1x have similar technology, but suit different player preferences. Titleist says that the Pro V1 feels softer off the club face, generates slightly less iron spin, and creates a more penetrating ball flight. The Pro V1x typically will launch higher and offer more iron spin.

Speith is also one of many golfers who uses the Vokey range of wedges - along with 3 of the 4 major winners in 2018!

I'm a low handicapper and I prefer the Pro V1x but your game may be better suited to the Pro V1 if you want a softer cover for chipping and putting.

Here's how Speith marks his Titleist when he's playing: 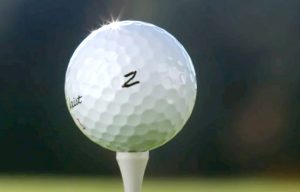 Same ball as Jordan Speith above, here he is hitting one at the open! 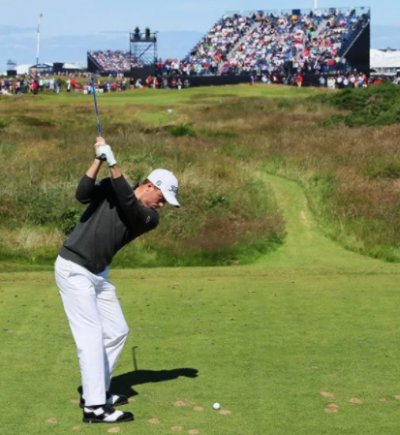 Justin Rose plays the TP5 along with Rory McIlroy, Jason Day and John Rahm. These players all teach a valuable lesson for golfers everywhere - find a ball that suits your game rather than changing as soon as the next "latest distance technology" ball comes out. This will help you learn more about your game and hopefully improve your all around play. 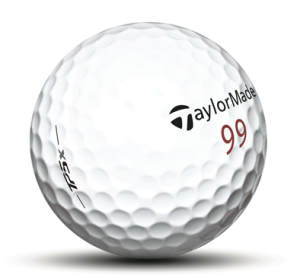 As mentioned above TaylorMade allows their golfers to pick the number of the ball and the color as a custom option. Rose hits 99 as 9 is his wife's lucky number and he thought it would bring double the luck. He has also played with a gold 99 after winning the gold medal in the London Olympics but we can't confirm if it's still gold.

The Srixon Z-Star XV comes with a strong ball flight and excellent short game control and is the golf ball of choice for Hideki Matsuyama. There's a choice in the range of the Z star and the Z-Star XV. Here's an excellent video on how the ball is made and what performance it offers.

Hideki is not the only golfer on tour to hit the Srixon with a few others following him. It's not quite as popular as the Titleist but is still a top quality ball.

Ricky Flower is a Titleist golfer but unlike Jordan Speith and Justin Thomas he chooses to hit the Titleist Pro V1 and not the V1x. This is again an example of a player choosing the right ball for their game. I also think there's some psychology in the decision that once you are happy with how you are hitting a ball then why change it. 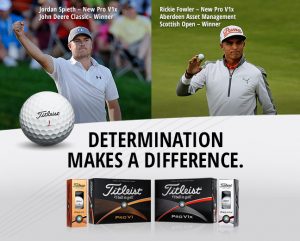 Another golfer hitting the TP5x is Jason Day, No. 1 ranked for a total of 51 weeks and the 2015 PGA Champion.

Like Jordan Speith and Justin Thomas, Brooks is one of world's best players (if not THE best) hitting the Titleist Pro V1x. He likes to keep his golf simple and just marks his ball with a red dot as shown below. 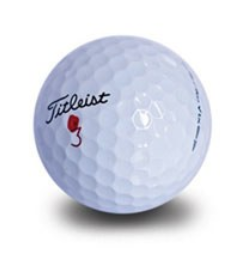 Rory has hit the TP5 since joining TaylorMade in May 2017. After testing a range of manufacturers Rory settled on TaylorMade for his clubs and ball .... for a huge sponsorship fee! He settled on number 22 for his ball and has RORS printed on the side. He got married on the 22nd and says this about the number:

“We looked up the meaning of numbers and the number 22 means powerful and high risk, high reward, and that’s sort of everything I am on the golf course so I thought that was appropriate,” McIlroy said. 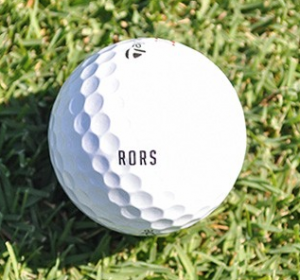 Primarily known as a Nike athlete, Tiger has a range of different manufacturers in his bag now including his specialized TGR irons and a Titleist putter. The ball he now chooses to hit is the Bridgestone Tour B XS ball which has a softer cover using the SlipRes technology. This ball has a Gradational Compression core which promotes more distance in flight which really suits his game. The distance the ball travels is also enhanced by the dual dimple technology. This really is the ball for the big hitter. 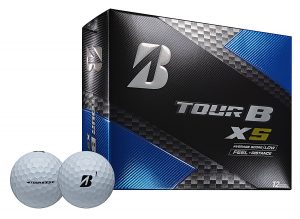 This is a ball for the golfer who likes to attack the course with long drives and wedges. It's soft cover still makes it suitable around the greens so it's a solid choice for both power and touch.

Leftie is a Callaway golfer and has been for a long time. He is one of a few top players on the tour to hit the Callaway ball. His choice is the Chrome Soft X with is a ball that offers excellent levels of control around the course. This ball has a dual soft core made from graphene which offers excellent levels of spin, while still maintaining the distance of a top ball. 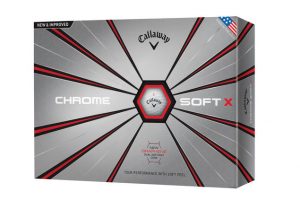 Information Collection, Use, and Sharing

We are the sole owners of the information collected on this site. We only have access to/collect information that you voluntarily give us via email or other direct contact from you. We will not sell or rent this information to anyone.

We will use your information to respond to you, regarding the reason you contacted us. We will not share your information with any third party outside of our organization, other than as necessary to fulfill your request, e.g. to ship an order.

Unless you ask us not to, we may contact you via email in the future to tell you about specials, new products or services, or changes to this privacy policy.

You may opt out of any future contacts from us at any time. You can do the following at any time by contacting us via the email address or phone number given on our website:

Wherever we collect sensitive information (such as credit card data), that information is encrypted and transmitted to us in a secure way. You can verify this by looking for a lock icon in the address bar and looking for "https" at the beginning of the address of the Web page.

We use "cookies" on this site. A cookie is a piece of data stored on a site visitor\'s hard drive to help us improve your access to our site and identify repeat visitors to our site. For instance, when we use a cookie to identify you, you would not have to log in a password more than once, thereby saving time while on our site. Cookies can also enable us to track and target the interests of our users to enhance the experience on our site. Usage of a cookie is in no way linked to any personally identifiable information on our site.

We share aggregated demographic information with our partners and advertisers. This is not linked to any personal information that can identify any individual person. We use a credit card processing company to bill users for goods and services. These companies do not retain, share, store or use personally identifiable information for any secondary purposes beyond filling your order.

This website may contain links to other sites. Please be aware that we are not responsible for the content or privacy practices of such other sites. We encourage our users to be aware when they leave our site and to read the privacy statements of any other site that collects personally identifiable information.

We'd like permission to email you ONCE a month!

We promise, just once a month. We will email you news about our site, deals and offers from Golf retailers, and other Golf info you might find interesting!

You can opt-out at any time, but we hope you don't.

Just enter your email below. We will send you a validation link to confirm you really do want email from us (we respect your privacy).

* We also own WinFreeGolfBalls.com - we will NEVER sell or otherwise transfer your email address to anyone. Never!