How to Hit Bunker Shots: Get Up & Down

Whatever you call them, bunkers or sand traps, playing out of these hazards takes a certain know-how, and a little bit of practice.

Most golf courses have bunkers to make the player think, to offer a challenge, and to add a little character to the golf course. Bunkers are commonplace and are usually found around the green, but many courses will have fairway bunkers as well. For the purposes of this article we will focus on how to hit green-side bunker shots.

So that you're not intimidated by bunkers, and you don't waste a number of shots during a round, here at Reach the Green we think that you should practice your bunker play as often as you can. It's not a difficult shot if you follow the advice below, and with a little practice on these fundamentals you can vastly improve your bunker play and lower your scores. 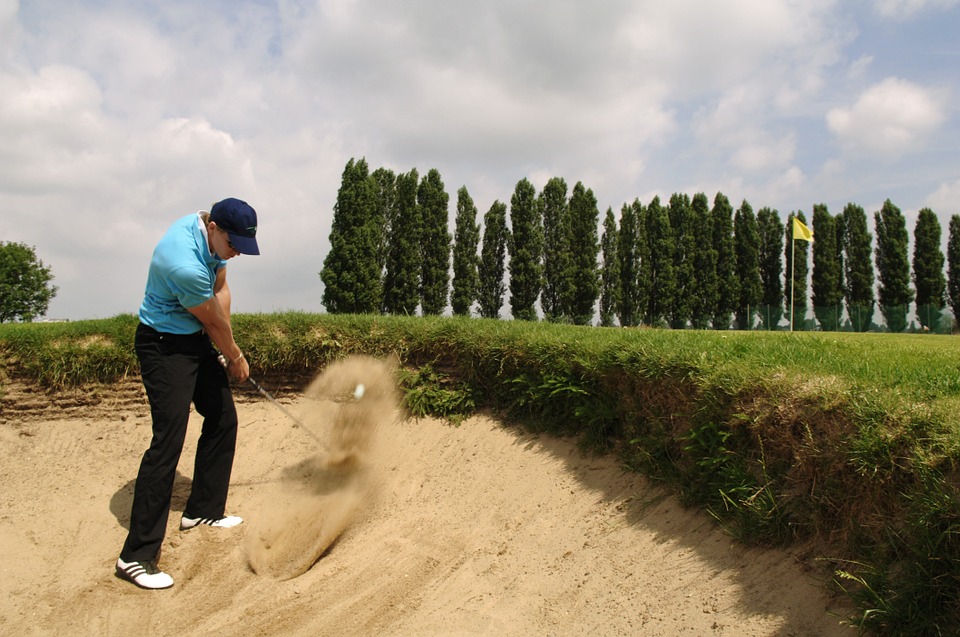 So you've selected the right club, now you need to know how to use it properly and learn how to play out of a bunker. It will usually help to slightly open the club face at address which will increasingly expose the bounce of the club, again to aid in the shot. You want the club to skid, not dig, for a standard bunker shot.

When you take your stance in the bunker, get a good solid footing. Go ahead and dig in a little if the sand is deep as you don't want to be unbalanced during the shot. Position the golf ball slightly ahead of the center of your stance, because on a standard bunker shot you actually want to hit the sand first, not the ball. The sand will propel the ball out of the bunker. Ensure you have a good grip on the club, but make sure you don't grip too tightly as you want to use your wrists to splash the sand. 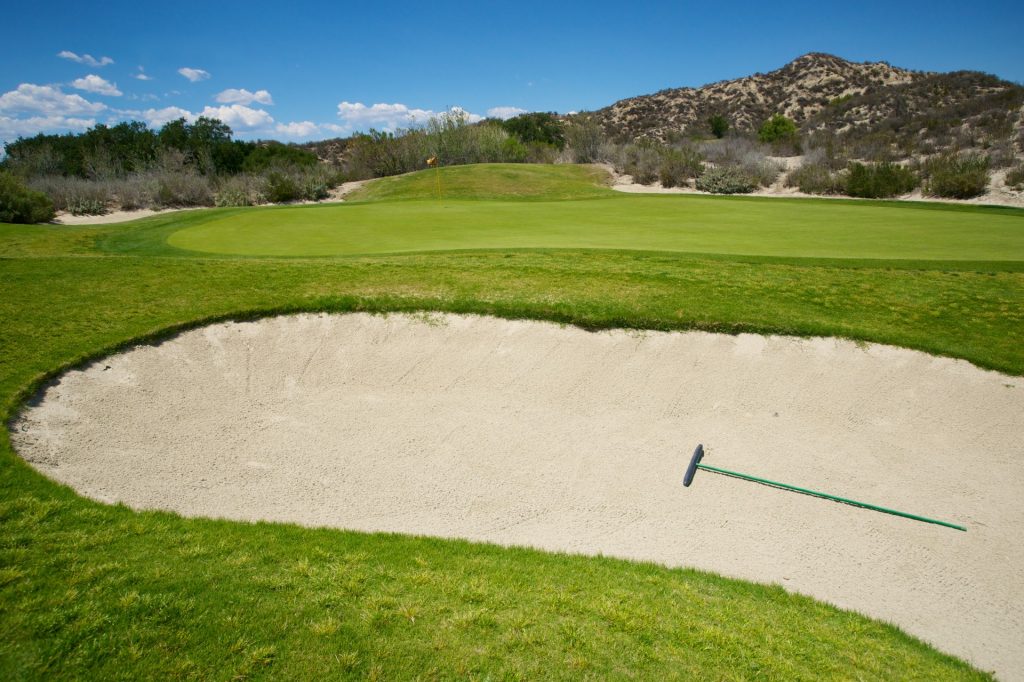 Now that you've set up correctly you need to judge how much of a swing you're going to take.  This depends on how far away the pin is. Obviously the longer and harder the swing the further the ball is likely to travel. Think about splashing the sand out of the bunker, not hitting the ball. If you splash the sand, and let the bounce of your club skid off the sand, the ball will fly out - every-time. If you try to chop down and dig into the sand, you will just dig a trench and the ball will hardly move. The strike should almost look and feel effortless and done correctly you will see the sand splash up and out of the bunker with the ball following along.