Having watched Tiger Woods his entire career, and especially during the years when he so dominated the sport, I always felt Tiger was the greatest winner in any sport - ever. His ability to win through sheer determination and an iron will was something that is very rare. Prior to Tiger, the guy I considered the best winner ever was Michael Jordan. So it's fitting that Nike has long had an Air Jordan brand of golf shoes and it appears to be ramping up it's dedication to making Jordan golf shoes an ongoing focal point of their marketing strategy. The news that the Air Jordan 4 and Air Jordan 5 golf shoes are forthcoming has caused a stir. While Tiger has moved on from Nike balls and clubs, he is still a giant in the Nike universe where his apparel is a top seller. And the combination of Tiger and Michael, in any form, is pure dynamite for Nike.

If Nike knows anything, they know how to market and position their brands. Since the original Air Jordan sneakers hit the scene in 1984, the brand has become one of the most recognizable and effective brands in sport history. And to me, the parallels between Tiger's and Michael's abilities to win are amazing. They were both the best players in their sport during their peak, absolutely no question about that fact. But they also had a gear that is rarely seen in sport, some place that exists only in the minds of the greatest players, and a place that is reserved for so very few. In golf Nicklaus could find that place, as could Hogan, and of course Tiger held the deed to that place for a while. And in basketball, starting with his NCAA Championship winning shot in 1982, through his epic game winning shot at the 1998 NBA Finals, Jordan had a front row seat in that magical place as well.

For my money, there is no greater combination of winners that Nike could put together. Tiger and Jordan are as good as it can get and the Nike brand says nothing if not winner. 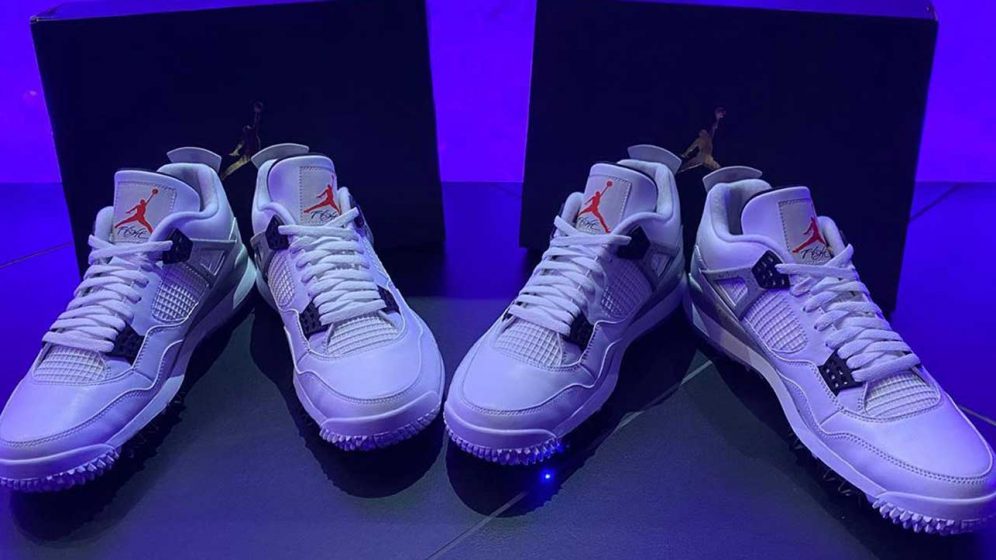 A February 2020 story in Golf Magazine unveiled new editions of Air Jordan golf shoes slated for upcoming release. Pat Perez is featured in the article showing off a pair of the new Air Jordan 4 golf shoes via Intsagram, but so far information on the release of the shoes is scarce.

Like that magical place I wrote about above, finding Jordan golf shoes can be difficult. They seem to sell out as fast as they hit the stores. But we did some digging and found the best online source for buying some version of Jordan golf shoes. The ADG version has plenty of options in stock at Worldwide Golf Shops, and we did find a few Jordan 5 shoes but the selections were quite limited.

Click this link, or one of the images below, and you'll be directed to the current Jordan ADG availability. But once you're there you can also search for "Jordan 5 Low Golf Shoes" and see what their stock looks like at the moment. They go fast! 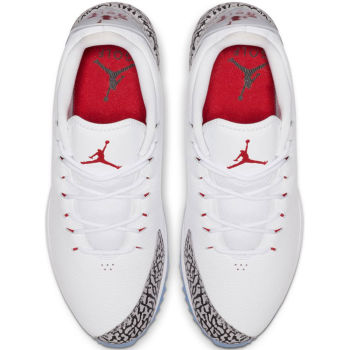 I'm a big fan of sportsman like Tiger and Jordan, these guys are fearless winners. And when it comes to golf, it seems all of us could use a little bit of that fearlessness, especially on the first tee. Just buying new golf shoes won't solve all of your on-course ills, but I do think it's good to associate yourself with winners and that's why I love the golf products by Nike and Jordan.